First, we were incredibly lucky to have lost only a small part of the vegetation (wildlife habitat) on the place–thanks to the skilled and hardworking firefighters from four different units, three in this county and one in the next.  Nobody was hurt (not even R-, who came the closest the longest to the flames.)  No structures were in peril.  The big old oak trees are almost all just over the property line from us, but about half their canopy is on our side. When R-built the new north fence, he *wanted* to move it to put the trees on our side (knowing that property would be sold in a year or so–and it has been) and new owners might decide to just cut the trees down…but of course he didn’t.  We saw no dead wildlife in walking the area afterward.  (Though, admittedly, the local vulture population is…striking…we’d expect to see little clusters of them down on the ground feasting, if there’d been casualties. The primary breeding/nesting areas in the grassland weren’t touched.

R- started calling Friday to find out who would remove the very toasted mower,  and eventually the people who buy metals (old farm junk, old metal roofing off fallen barns, etc.) were able to point him toward one of their suppliers.  So that’s gone now.   One of the firefighters offered part of his stash of bailing wire and duct tape, but we declared the thing was too far gone. 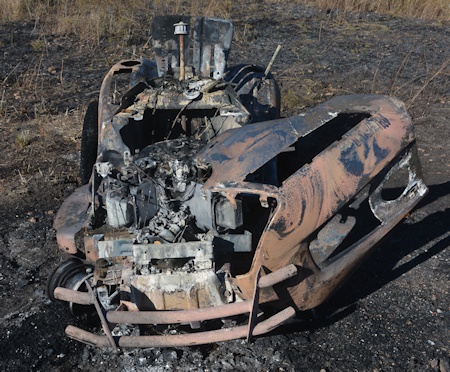 I’ve been looking up arborists to call for advice on how to help the scorched oaks survive…if that’s possible.   I was out on Friday and Saturday both, but differently–Friday was a day to document things like the mower (I have shots from all angles), the extent of the burn, and the damage to the trees…and for a break, the undamaged west side of the dry woods.  Saturday I avoided the depressing stuff and instead dealt with Fox Pavilion (unburnt) looked at the wildlife tracks in several of the maintenance trails (there is one BIG raccoon on the place), listened to the birds, checked out the blooming/seeding sequence of the tallgrasses in the West Grass, and the butterflies nectaring on the frostweed in the creek woods (creek is dry as a bone and has been; the last puddle dried up last week.)  That reminded me how much is left.   We have ample grass seeding this year for the winter resident grassland birds, and although some of the cactus fruits that were scorched would’ve been winter snacks for wildlife, there’s cactus left on the hump of the dry woods.

I still need that flu shot, and to get back to the giant ragweed with a machete to open two trails a bit more.   It’s the right temperature for our “friendly” local western diamondbacks to be out and about before they den up in a month or so.  I’m using the trail inside the woods instead of the one down the east side…the mowed part is not nearly as wide as the thick Indiangrass/little bluestem grass, and the Indiangrass blocks the view of what may be between the clumps.  So far I’ve seen only small snakes, but it was in the fall that a proddy diamondback struck at R- and left venom-stained holes in his jeans.  But more important right now is trying to get some erosion control on the burnt area; the fire trucks made new breaks in the old terrace berms, which weren’t that good before.   We have a small stockpile of rocks on that end but no wire netting to make gabions with.  (Thunderstorms predicted midweek; hope they’re preceded by a day of quiet rain that doesn’t wash out all the soil. The east end, where the burn is, has the shallowest.)

Today’s great triumph was finally getting the matted dreadlocks out of the manes of the horses.  This has nothing to do with the fire, and much to do with the bad shape I was in earlier in the year, and the inability to find someone with the requisite skill to hold the leadrope of a horse that did not want to cooperate with someone armed with scissors.  So I’ve been working on their greed, and finally, today, Tigger condescended to have a rope put over his neck, then a halter put on, and then allow me on his off side (where his mane is; Rags’ mane falls on the near side)  and start snipping.   It took repeated short sessions, and not everything is combed out, but the long knotted mess is now gone.  Rags had much less of a mess (started with a thinner mane)  so was a quicker job.  The horse cookie supply is lower, and a very large carrot (the kind aptly called “horse carrot”) cut into many pieces also disappeared into them.  I need to finish working on Tig’s mane, but given his personality this will be a much longer process; Rags still has a few knots in a mane that is otherwise pretty much cut to a length where the worst retangling won’t happen.   The knotted messes were put where birds can find them in the spring and use the hairs for nestbuilding.   Not all the birds do, but some really like horse hairs.

So here are some pictures of what *didn’t* burn. 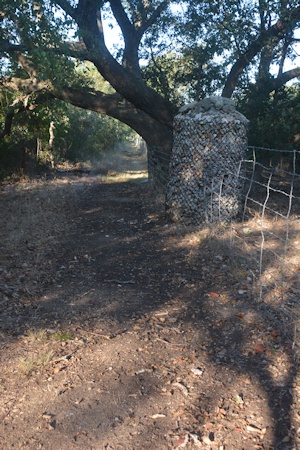 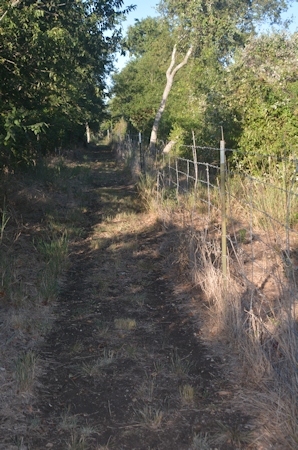 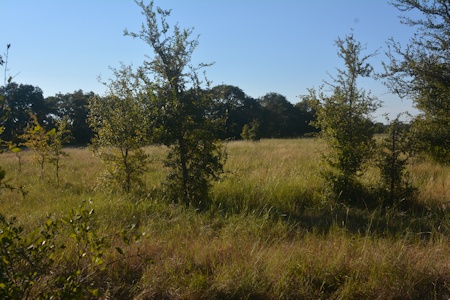 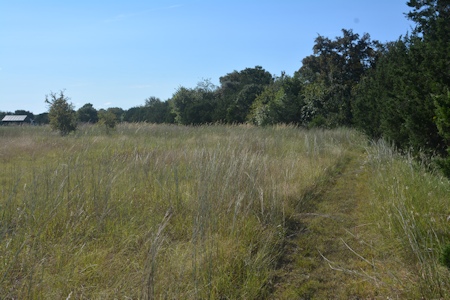 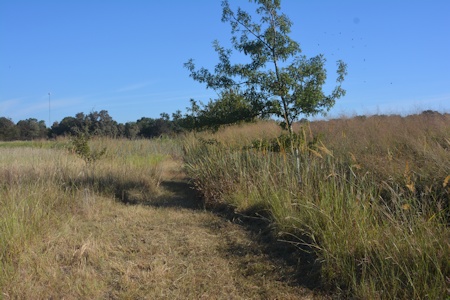 Even on the east end, not everything burned.  Switchgrass (feathery seed heads, soft brown) and Indiangrass (golden “spearheads)  surrounding a young red oak.  Switchgrass seedheads are over my head; they’re on what was a natural drainage eroding fast when we bought the place.  Seven or eight little checkdams and some switchgrass root divisions  grown into a solid mass of switchgrass has changed that area completely.  The former eroding “waterway” is now building soil.

And finally, the very busy bees at the wildlife waterer near Fox Pavilion, where we have the first “rain barn” collecting water and a solar panel to circulate it…and two humans checking the water daily. 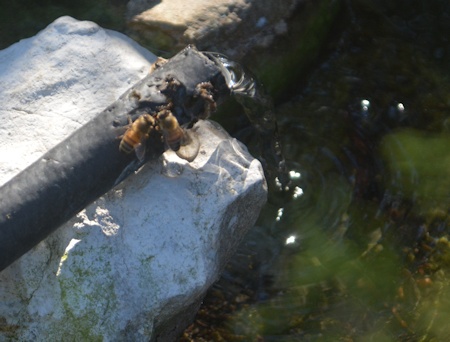 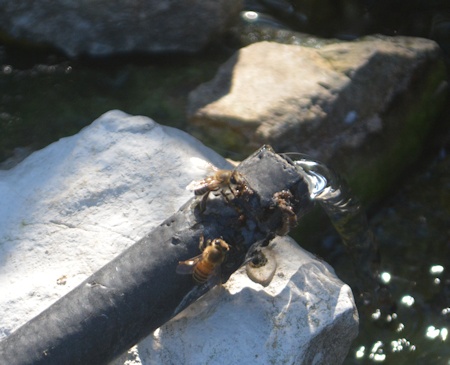 11 thoughts on “What Next After the Fire?”