Amazon chose INTO THE FIRE as one of the best SFF book releases for February.  Hurray!!

A brief list of the Stuff:  continued requests for another round of questions and problems to be fixed in the book (you’ll be glad these occurred!!)  that lasted through November.  Then I got sick, about the time I had to prod husband to go see the doctor again THIS WEEK because some bad things were happening with him.  Our son graduated from community college mid-December, and I literally crawled out of bed to make it down to the city to see his graduation (YAY!)  and then fell back into bed, feverish again, and was able to sing at only one service on Christmas Eve.  (The day before that, my horse Mac died….and there I was with a dead horse in the horse lot on the holiday weekend.  A friend trailered over his tractor, with a front-end loader, and removed the body to their ranch.   Then returned on Christmas Eve to pick up his tractor.  Somewhere in there (my memory is tangled) husband seen his doctor, and gotten an appointment with a surgeon,  been sent for a scan, and had surgery on, um, January 3.   Meanwhile, I’d been employing idle hours (! not many of those!) since about October looking at horse ads because we knew Mac was old and might not last another year, though in the week before he died he had looked spryer than for awhile.   Now I looked harder, figuring it would take several months to find one of the type I wanted) and while husband was in bed after surgery,  I spotted a nearby ad for a horse the right age, training,  and size…only 20 miles away.

This led to a frantic week of discovering that yes, the mare was a good match…getting her to a vet for the pre-purchase exam, and then having her delivered…and having to rush off to Austin, in the face of oncoming severe (for us) weather, to get her a blanket and some other stuff that her seller had said he’d bring, only he didn’t.  And due to the pre-January 1 and immediate post-January 1 stuff, I didn’t have necessary legally required reports written yet…due on January 31.  And the mare did not fit any of my saddles, which (not having been used for over 10 years) were not (as they should’ve been) perfectly clean and ready to be unwrapped and used.  But they didn’t fit anyway, so… 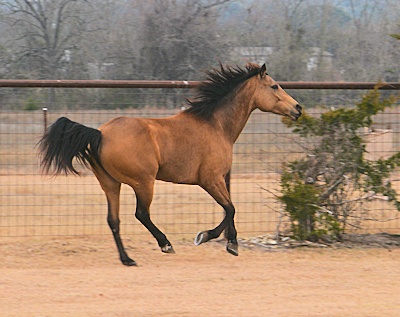 So that’s what’s been taking up my time.  With two reports (the ones due 1/31) turned Wednesday, and the one due 2/10 almost finished, I’m beginning to get glimmers of what might come after INTO THE FIRE.  Nothing strong enough to talk about yet.  I do want to go back and finish the bits started about the great reunion of characters on Waystation Huygens…